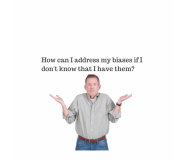 INVESTOR BIASES: DEALING WITH THE HUMAN-NESS OF PRIVATE WEALTH ADVICE

As previously described in my last blog , investor biases fall into 2 categories; Cognitive Biases and Emotional Biases. Some call them “heuristics” – or simple rules of thumb, beliefs or judgement calls. But they are much more than that.  They need to be recognized by the advisor to be able to give the best financial advice and guidance.

Remember, cognitive biases are basic information processing or memory errors common to all human beings. They can often be overcome with correct information and guidance on the topic.

“Overconfidence”.  Number One on my list of Cognitive Biases.

Next, emotional biases in clients are more difficult for the private client advisor to deal with. They stem from illogical or distorted reasoning rather than conscious effort.  They are often involuntary, related to feelings and misperceptions of reality.

“Loss Aversion” hits the top of the charts as my number one Emotional Bias.

Do you see yourself in these biases?  Hang on – there are lots more to come …

Skip back to main navigation

0 comments on “INVESTOR BIASES: DEALING WITH THE HUMAN-NESS OF PRIVATE WEALTH ADVICE”